A miniature villa for Ridley Scott's All the Money in the World.

We designed several 3D visualisations based on the real-life Getty Villa in California, as well as a surrounding topographic display table that wasn't true to life, but rather showed off the villa better, before constructing and painting the final version used in the film. The villa needed to be engineered for our team to quickly assemble and deconstruct on set due to filming schedule 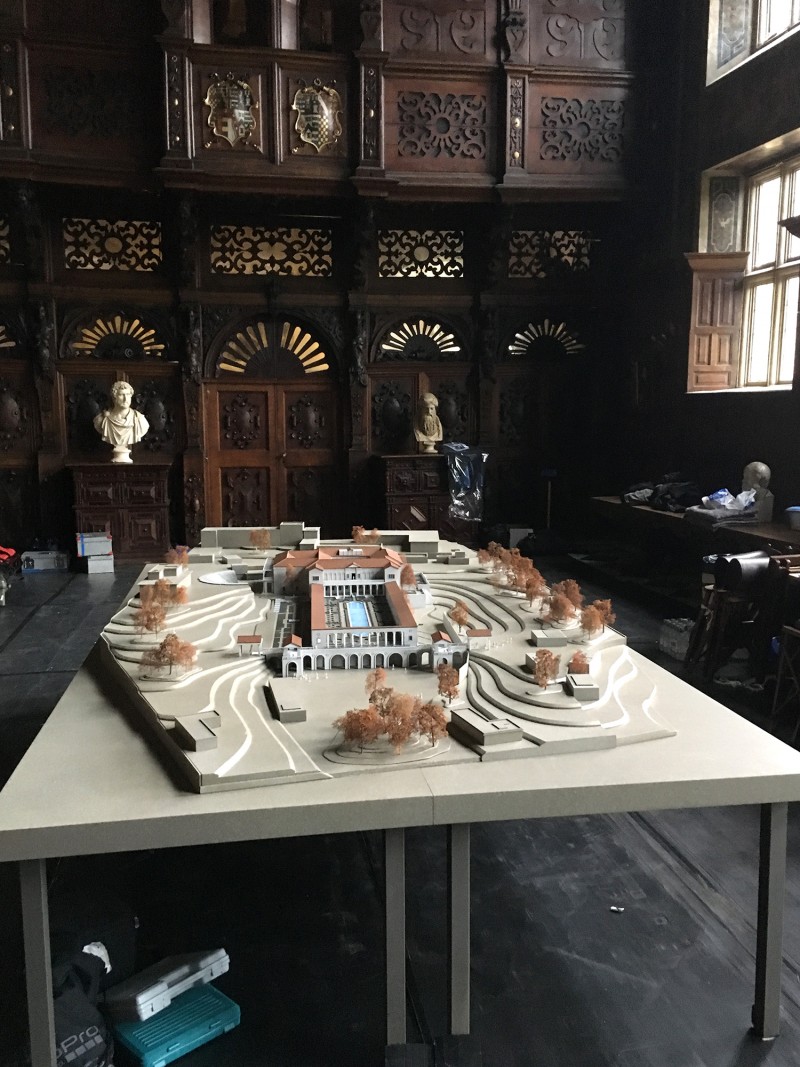 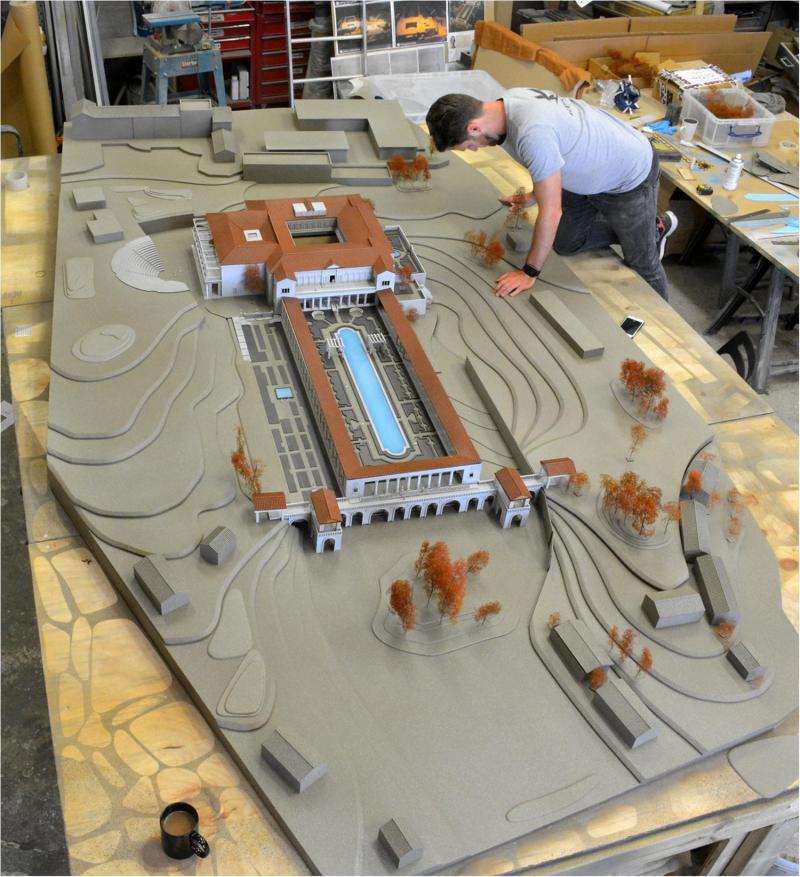 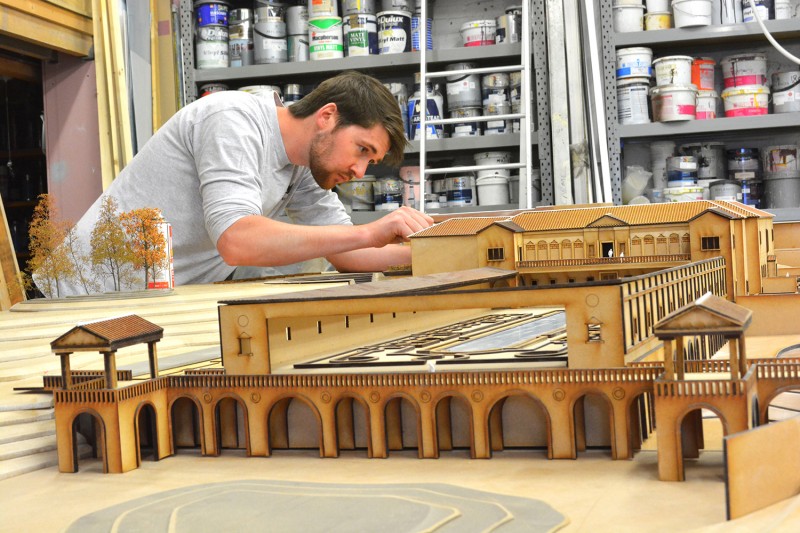 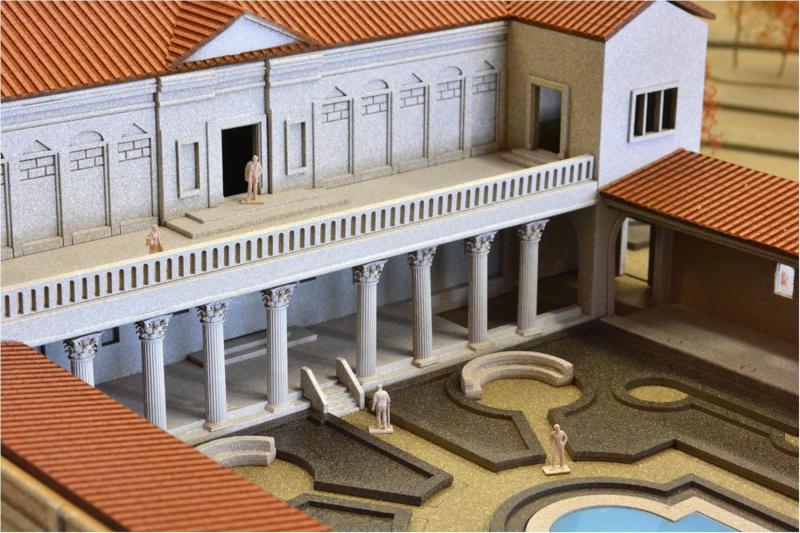 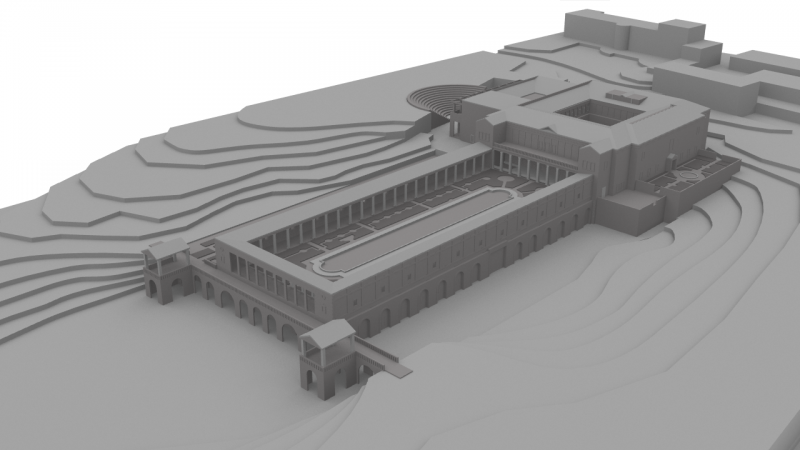