18 mascarons were produced in total, based off 2 faces. We sculpted maquettes to get the expressions right and tried several of the face paint combinations on these before beginning the 10 foot high versions in clay; and casting them out. We painted accompanying backdrops that continued the face paint patterns. These were photographed and LV were then able to print and use them for a wider range of stores. A smaller series of 6 individual cousins to the giant faces were sculpted for jewellery windows, with faux limestone panels and individual make up variations. Each of these was done by a different sculptor who gave the face they were working on their own sensibility 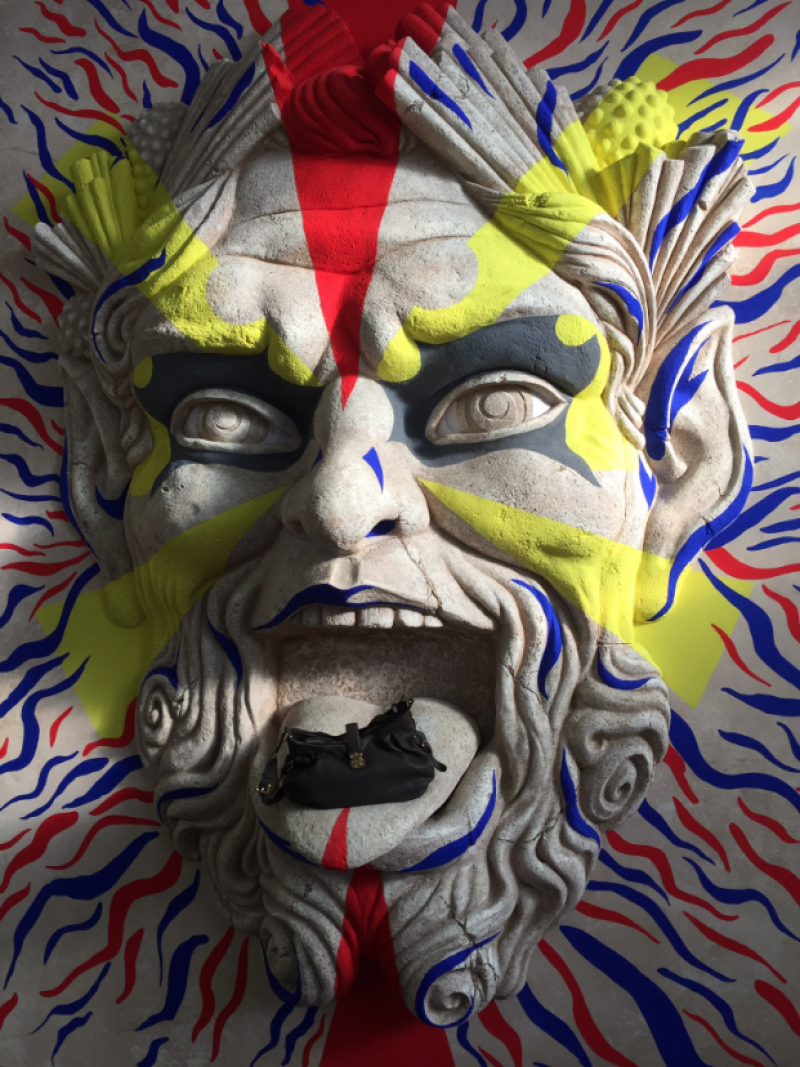 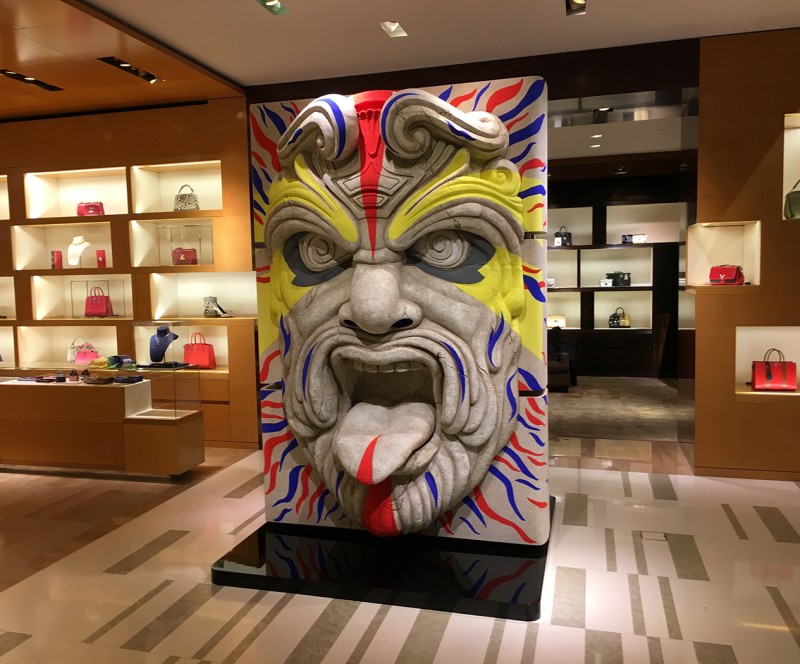 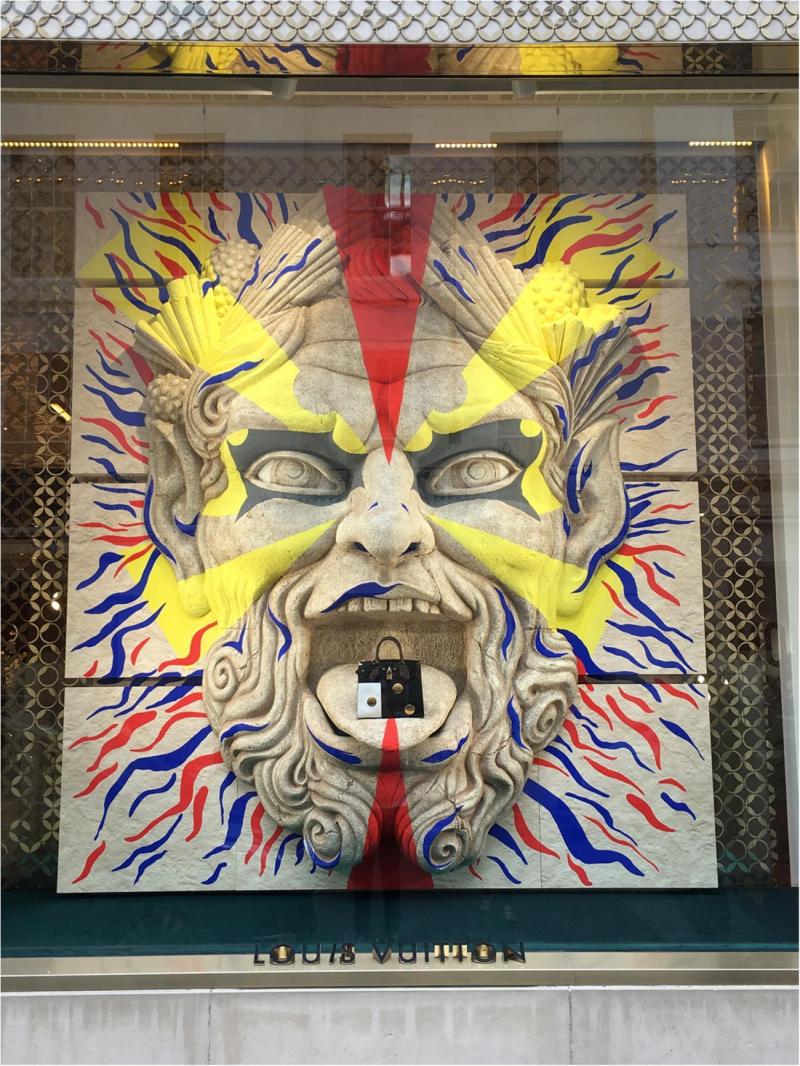 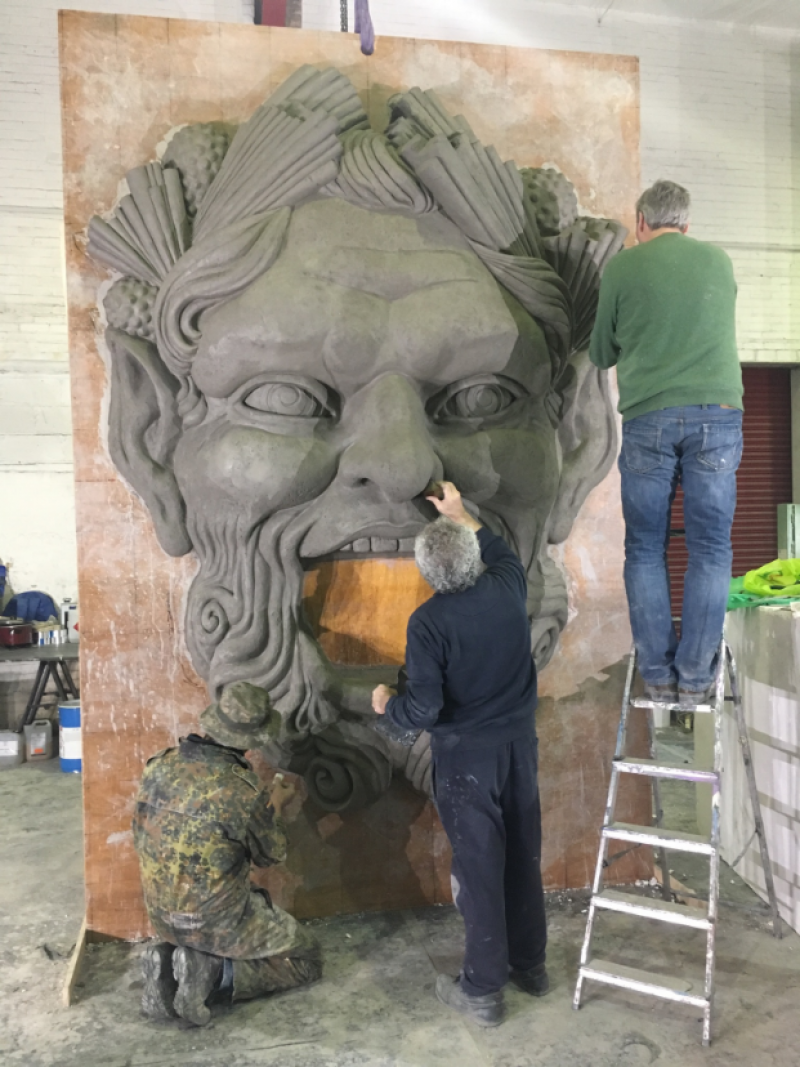 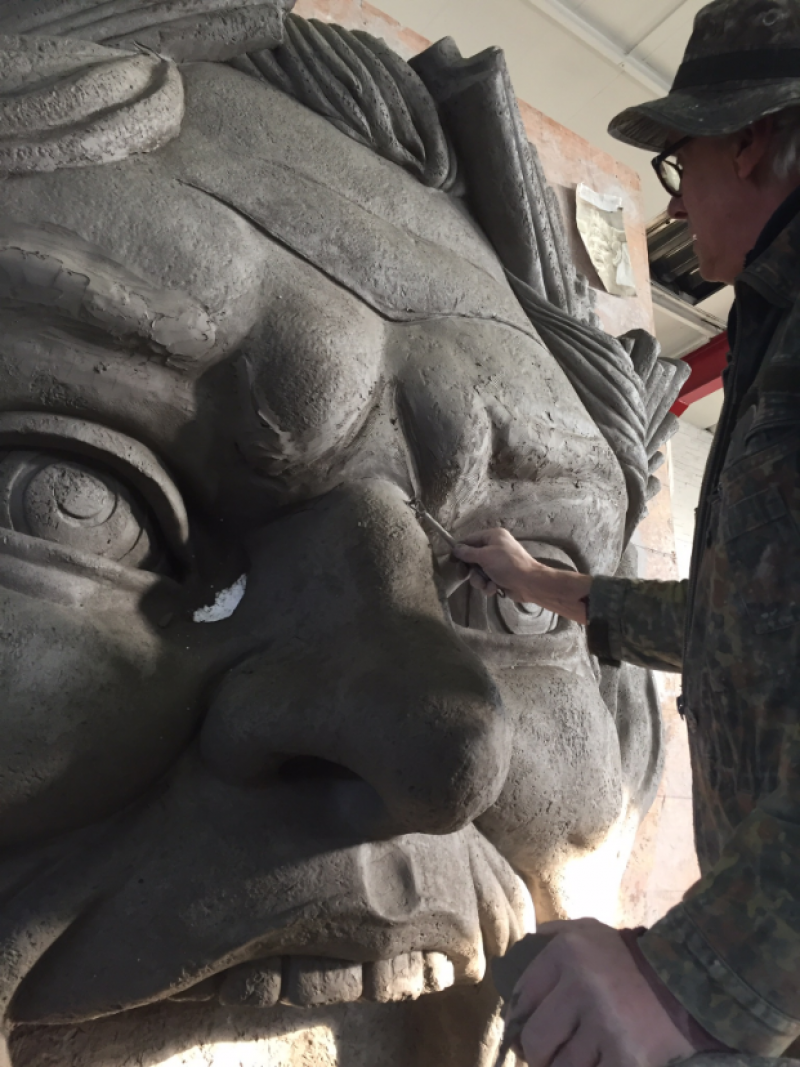 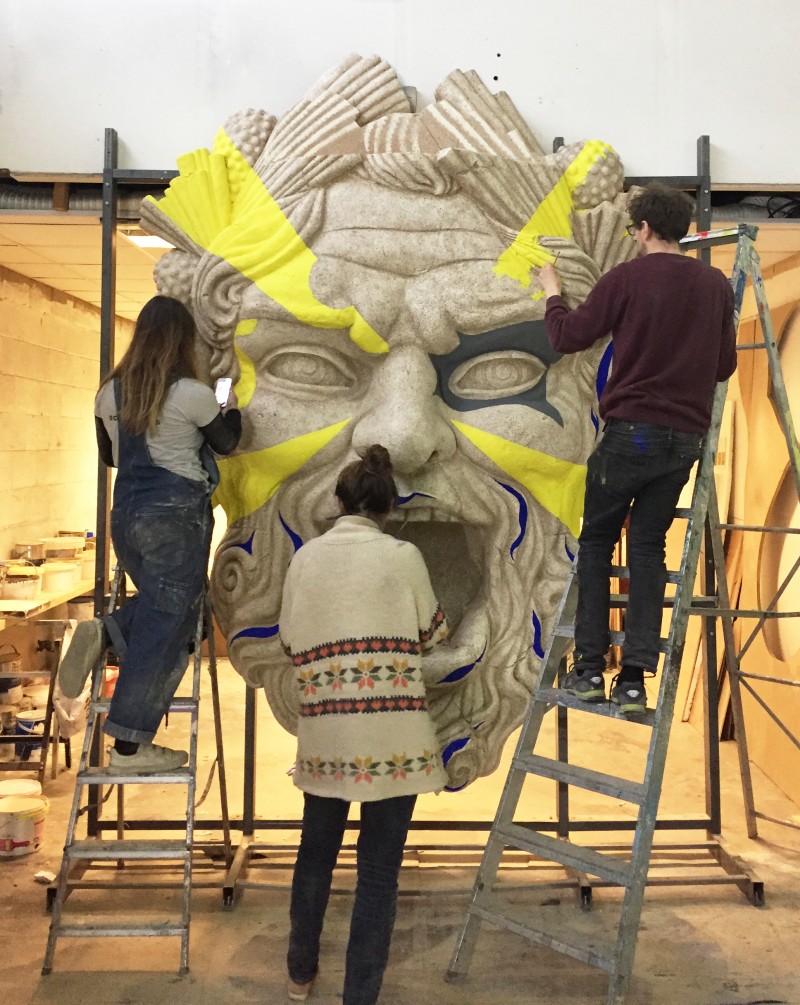 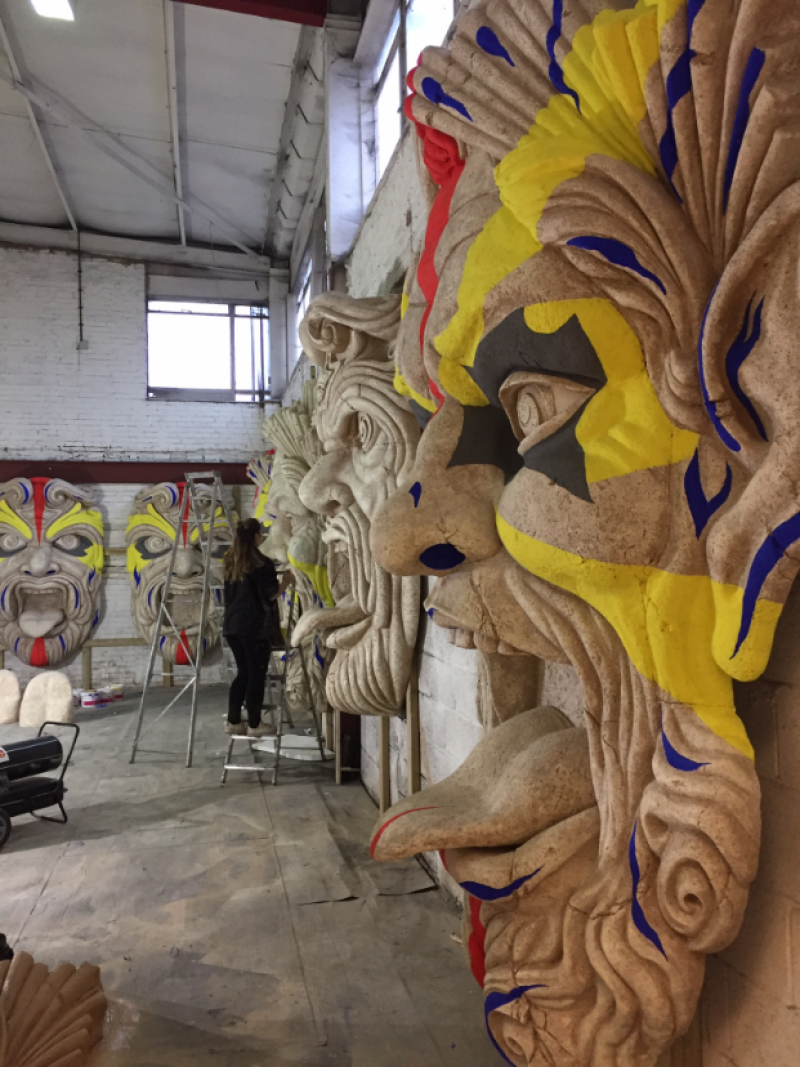 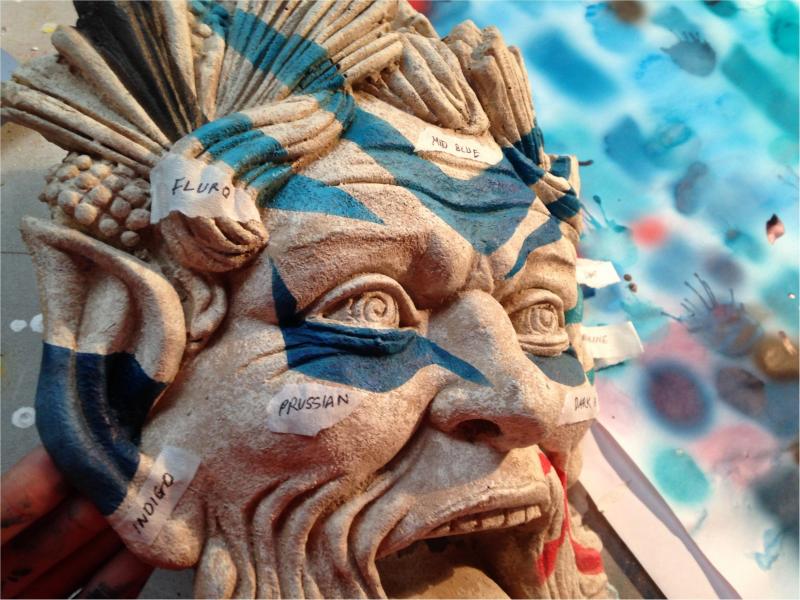 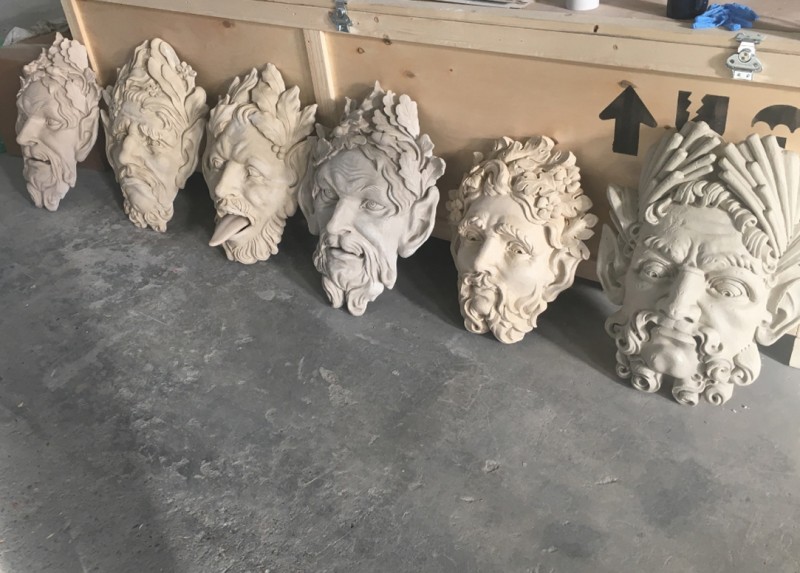 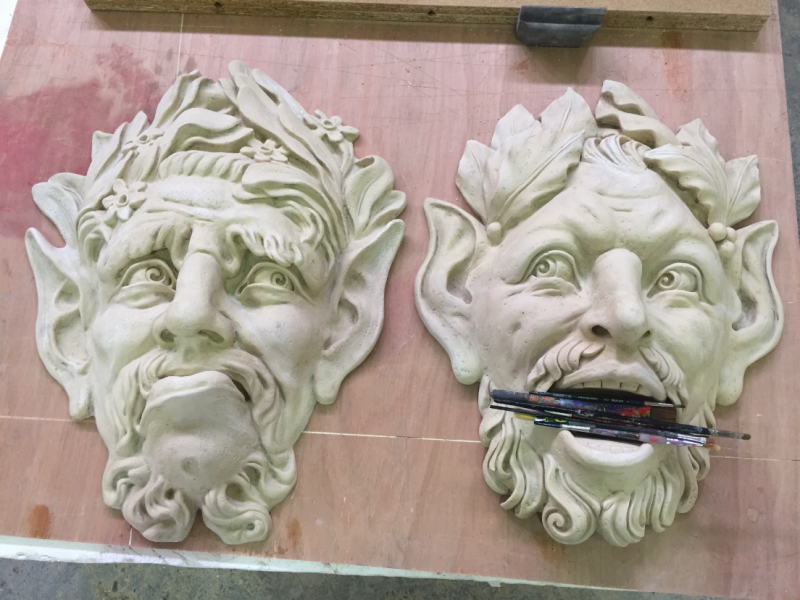 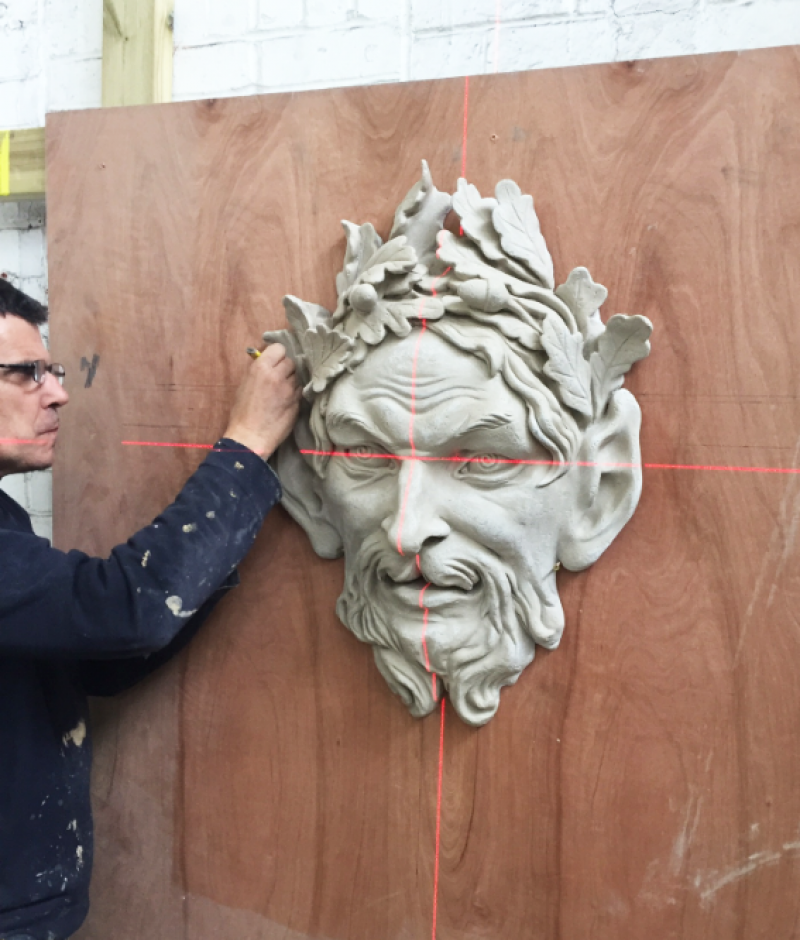 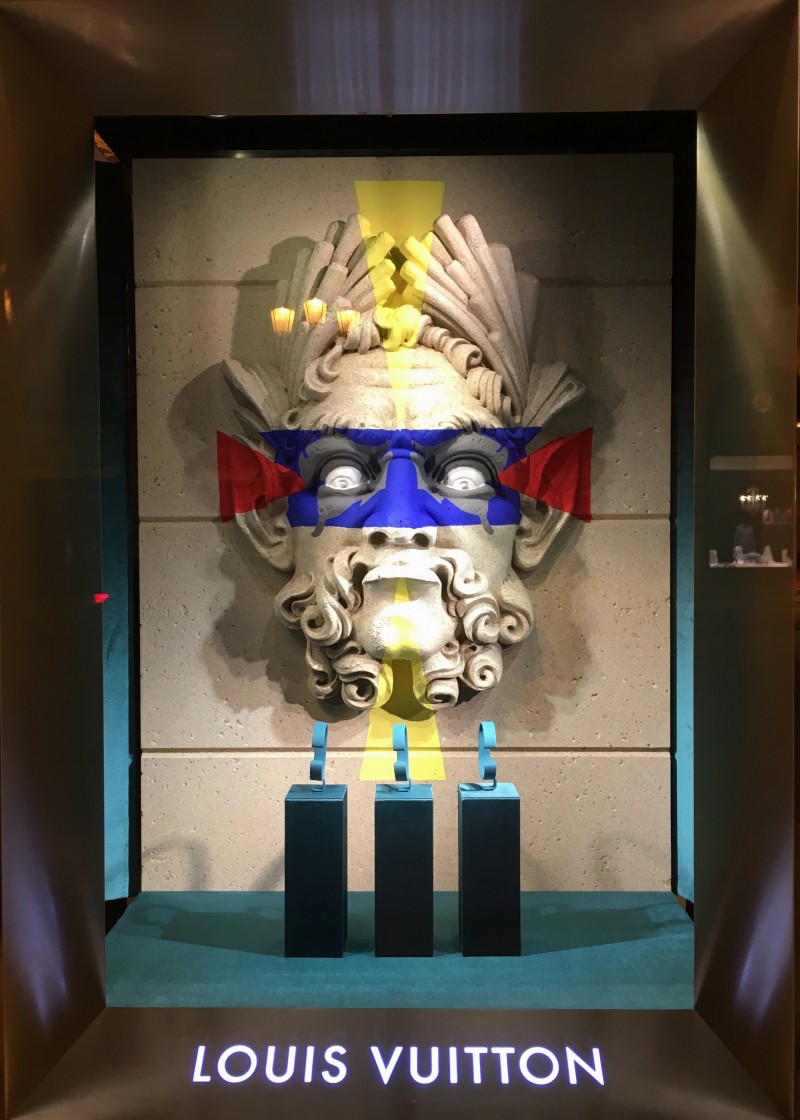 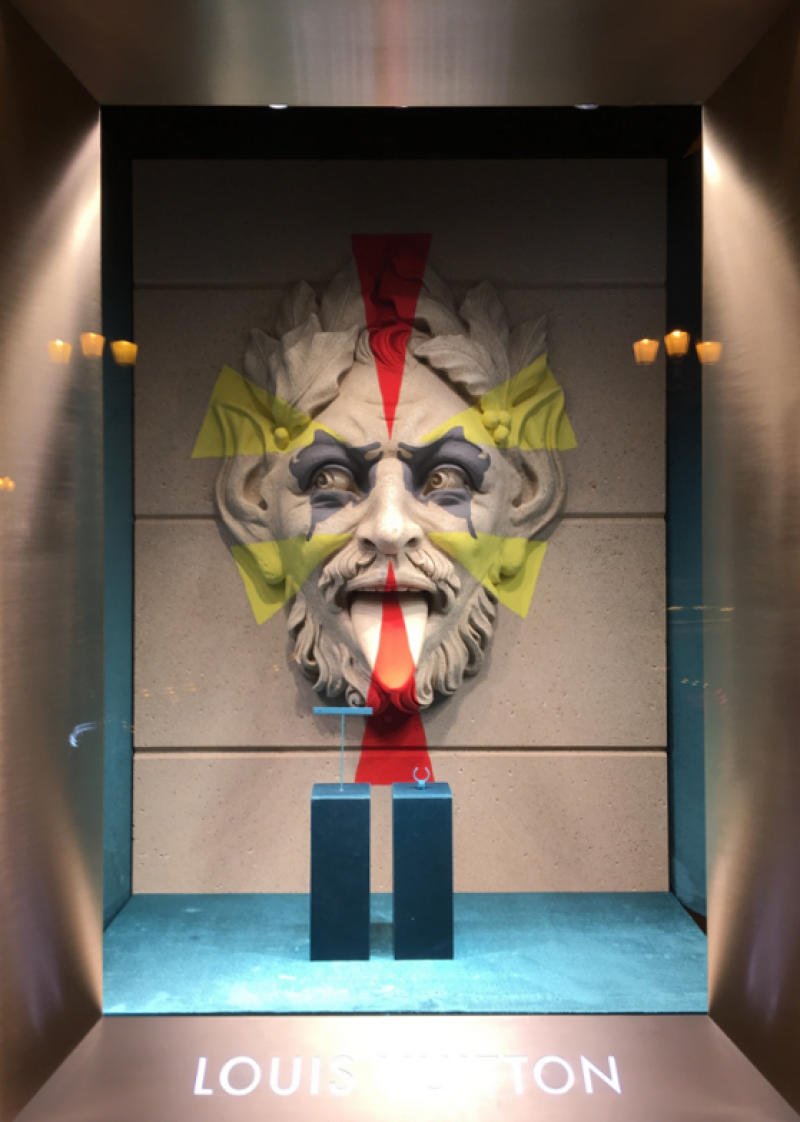 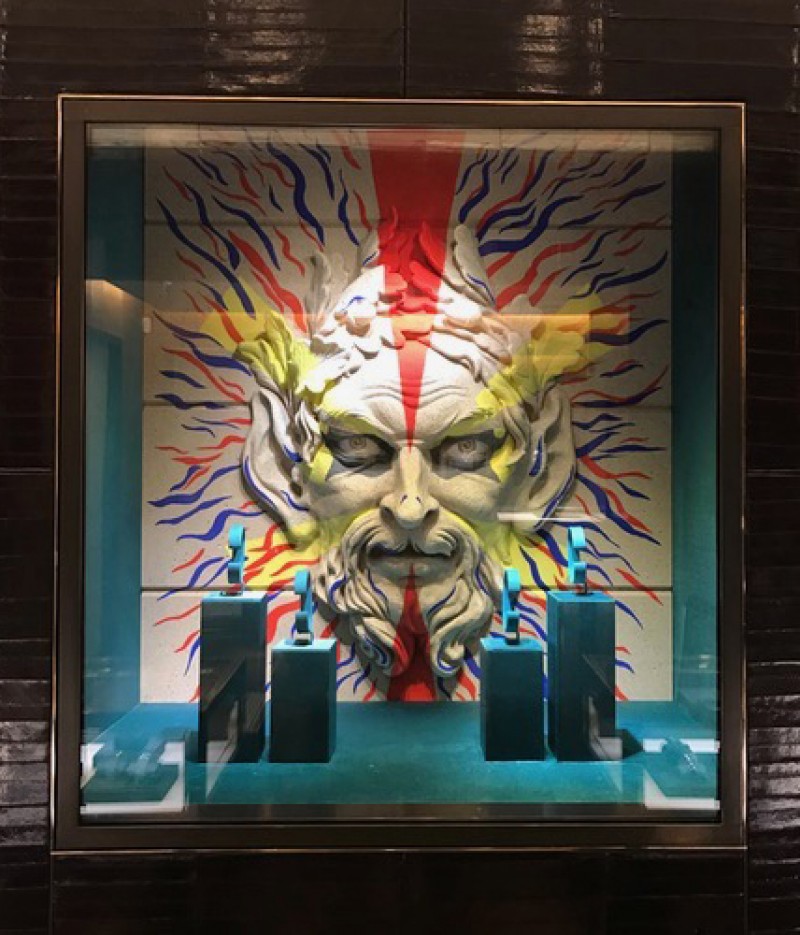